George Adamski (17 April 1891 - 23 April 1965) was a Polish American citizen who became widely known in ufology circles, and to some degree in popular culture, after he claimed to have photographed spaceships from other planets, met with friendly Nordic alien Space Brothers, and to have taken flights with them to the Moon and other planets.

Born in Bromberg in the German Empire to ethnic Polish parents, his family emigrated to the United States and settled in New York City when he was two years old. From 1913-1916 he was a soldier in the 13th U.S. Cavalry Regiment (K Troop) fighting at the Mexican border during the Pancho Villa Expedition.

In 1917 he married Mary Shimbersky and the couple moved west. In the early 1930s, while living in Laguna Beach, Adamski founded the “Royal Order of Tibet”, which was given a government license to make wine for religious purposes during Prohibition, and he served as a philosopher and teacher at the meetings held in the Temple of Scientific Philosophy.

In 1940, Adamski, his wife, and some close friends moved to a ranch near California’s Palomar Mountain, where they dedicated their time to studying religion, philosophy, and farming. In 1944, they purchased 20 acres (8.1 ha) of land at the base of Palomar Mountain and built a new home—a campground called Palomar Gardens—and a small restaurant called Palomar Gardens Cafe. It was here that Adamski often gave lectures on Eastern philosophy and religion to students, admirers, and tourists, and where in 1946 he and some friends sighted their first UFO.

Adamski authored three books describing his meetings with Nordic aliens and his travels with them aboard their spaceships: Flying Saucers Have Landed (co-written with Desmond Leslie, 1953), Inside the Space Ships (1955), and Flying Saucers Farewell (1961), the first two books both becoming bestsellers.

He died of a heart attack after giving a UFO lecture in Maryland in 1965, aged 74. 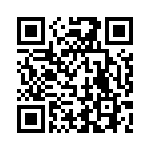