Very good, but the movie moved me more because of Daniel Day Lewis. I was sure they'd gotten a genuinely handicapped guy to play the part until I saw him bound onstage to get his Oscar.. æ\≈™µ˚Ω◊•˛§Â

Christy Browns's autobiography tells of his fight to prove his intelligence in the face of his struggles to communicate. A sensitively written and gentle book and easy to read because of that. æ\≈™µ˚Ω◊•˛§Â

Christy Brown was born in 1932. He was one of 23 children born to a Dublin bricklayer. A victim of cerebral palsy, he could not control his speech or his movement, apart from his left foot. This enabled him to paint and type this autobiography. He later wrote an autobiographical novel, Down all the Days, which was very successful. His novels include A Promising Career, A Shadow on Summer and Wild Grow the Lillies, and he also published his poetry in Collected Poems. Christy Brown died in 1981. 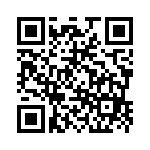