Gokhan Tur, Microsoft Research, California, USA
Dr Tur is currently a Principal Scientist in the Speech at Microsoft Department at Microsoft Research, Mountain View, California, USA. He was formerly a Research Scientist at SRI International which is an independent, nonprofit research institute conducting client-sponsored research and development for government agencies, commercial businesses, foundations, and other organizations. He has co-authored more than 70 journal and conference papers. Dr. Tur was the recipient of the Speech Communication Journal Best Paper awards by ISCA for 2004-2006 and by EURASIP for 2005-2006. He is a senior member of IEEE, ACL, and ISCA, and a member of IEEE Signal Processing Society (SPS), and Speech and Language Technical Committee (SLTC) for 2006-2008. He was a guest editor of Speech Communication (Elsevier) for a special issue on Spoken Language Understanding (SLU). He has been involved with organising various conferences and is the spoken language processing area chair for ICASSP 2009.

Renato De Mori, University of Avignon, France
Dr De Mori is a Professor of Computer Science at the Université d'Avignon, as well as Director of its Laboratoire d'Informatique and is a Visiting Professor at McGill University, Canada. He is a Fellow of the Computer Society of the IEEE and a Distinguished Lecturer of the IEEE Signal Processing Society. He is the author or editor of four books and has published more than 100 scientific papers in many international journals. Professor De Mori has been a member of the Executive Advisory Board at the IBM Toronto Lab, Scientific Advisor at France Télécom R&D, Chairman of the Computer and Information Systems Committee, Natural Sciences and Engineering Council of Canada, Vice-President R&D, Centre de Recherche en Informatique de Montréal. 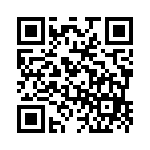