12 year old Jewish girl Patty lives in a loveless home with a mother who neglects her and a physically abusive father. When she is in the family store in Arkansas one afternoon during the summer, a ... ĺ\Ň™ĶŻĹ◊•Ģ§Ś

Much more emotional and physical child abuse than I was expecting. ĺ\Ň™ĶŻĹ◊•Ģ§Ś

Bette Greene (b. 1934) grew up in rural Arkansas during World War II, the only Jewish girl in her small town. Summer of My German Soldier, her first novel, is based partly upon Greene°¶s own experiences. She has won numerous awards, including the Golden Kite Award for Summer of My German Soldier, and the Newbery Honor for Philip Hall Likes Me. I Reckon Maybe. She lives in Boston, Massachusetts, and Culebra, Puerto Rico. 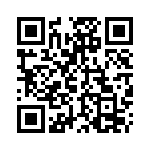