Whilst this typically isn't a genre I would usually read, all the hype around the series has me wanting to check it out simply to expand my reading horizons. I note that whilst it's 487 pages those ... æ\≈™µ˚Ω◊•˛§Â

This book takes place in a dystopian Chicago where all citizens are divided into five factions that value or prize a certain virtue in their members - Candor (honest), Abnegation (selfless), Dauntless ... æ\≈™µ˚Ω◊•˛§Â

Veronica Roth is the #1 New York Times bestselling author of Divergent and Insurgent, the first two books in the Divergent trilogy. Now a full-time writer, Ms. Roth and her husband live in Chicago. You can visit her online at Twitter, Tumblr, her blog, and her website. 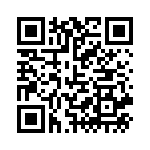