J. Leonard Bates was professor emeritus of history at the University of Illinois at Urbana-Champaign and the author of The Origins of Teapot Dome, Tom Walsh in Dakota Territory, and The United States, 1898-1928. 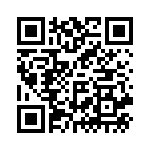