≤ƒ 129 ≠∂
Perhaps after his efforts to break down boundaries and problematize dichotomies were frustrated again and again , Chen came to realize that what is being asked for by the global audience , and so the global marketplace , is the ...
≤ƒ 89 ≠∂
Her focus , unlike Chomsky , who of course in his popular writing deals with US foreign policy and its propaganda machine , is environmental justice as a global issue . The backbone of her argument is almost always global .
≤ƒ 105 ≠∂
Of course , in the last analysis , given obvious , factual global processes such as global warming , economic globalization ( led by organizations such as the WTO , IMF / World Bank , and the G - 8 governments ) , global terrorism ... 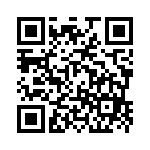