≤ń 16 ≠∂
Nick barely heard the assignment . His heart was pounding , and he felt small , very small . He could feel the tops of his ears glowing red . A complete shutdown . An extra assignment . And probably a little black mark next to his name ...
≤ń 17 ≠∂
Nick had heard his older brother , James , groan and grumble about this rule for years , right up until he graduated from high school two years ago . And then James wrote home from college after his first semester and said , °ß My grades ...
≤ń 78 ≠∂
Dozens of other writers and producers and marketing people saw that story on the news °X and all of them smelled a great story During the next three weeks every man , woman , and child in America heard about this funny new word that kids ... 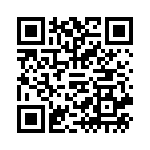