When I was a lad, perched on the wall there was a chart of the ratings of Presidential greatness. The two failures were Presidents Grant and Harding; their administrations were plagued by scandal. I ... Š\┼¬Ą¹Įūź■żÕ

Dean, who survived Nixon's scandalous presidency, attempts to rehab another President who was afflicted by scandal. Harding and Buchanan usually are considered are worse two presidents. Dean does not ... Š\┼¬Ą¹Įūź■żÕ

▓─ xvi ŁČ - This nation, as experience has proved, cannot always remain at peace, and has no right to expect that it will always have wise and humane rulers, sincerely attached to the principles of the Constitution. Wicked men, ambitious of power, with hatred of liberty and contempt of law, may fill the place once occupied by Washington and Lincoln...
źX▓{”b 171 «č─yżżĪA«╔ČĪĮd│“ĪG1867-2007
▓─ xv ŁČ - Energy in the executive is a leading character in the definition of good government. It is essential to the protection of the community against foreign attacks \ it is not less essential to the steady administration of the laws, to the protection of property...
źX▓{”b 303 «č─yżżĪA«╔ČĪĮd│“ĪG1798-2008

John W. Dean served as Richard Nixon's White House counsel for a thousand days. He is the author of two books recounting his days in the Nixon administration, Blind Ambition and Lost Honor, as well as Unmasking Deep Throat. A native of Marion, Ohio, he lives in Beverly Hills, California. 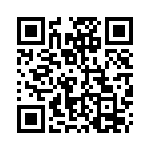