Loser by Jerry Spinelli focuses on Donald Zinkoff and his travels through school. We learn to love him and root for him; hoping things will go his way. Even when they don°¶t his kindness and positive ... ĺ\Ň™ĶŻĹ◊•Ģ§Ś

I was absolutely enamored by the character of Donald Zinkoff. The only words that I can use to truly describe this kid are eclectic and passionate. I feel that far too many middle readers advocate for ... ĺ\Ň™ĶŻĹ◊•Ģ§Ś

Born in Norristown, Pennsylvania in 1941, Jerry Spinelli attended Gettysburg College and Johns Hopkins University. Students, teachers and librarians from all over the world enjoy Spinelli's funny and true-to-life books. Spinelli was an editor with Chilton from 1966 to 1989. He launched his career in children's literature with Space Station Seventh Grade in 1982, followed by Who Put That Hair in My Toothbrush? in 1984. In 1991, Spinelli won the Newbery Award and the Boston Globe/Horn Book Award for Maniac Magee (1990). He followed this success with such engaging titles as Fourth Grade Rats (1991), Do the Funky Pickle (1992), Who Ran My Underwear Up the Flagpole? (1992), and Picklemania (1993), among others. In 1998, his book Wringer was named a Newbery Honor book. With over 19 published books to his credit, Spinelli finds writing comes easiest when he's dressed comfortably in blue jeans, a flannel shirt and moccasins. Spinelli and his wife, Eileen, have seven children and 11 grandchildren. 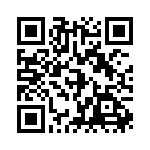