The story takes place in a dystopian America whose society has turned it back on books, employing "firemen" to oversee their destruction. It's an interesting collision of Huxley and Orwell: people are ... Š\┼¬Ą¹Įūź■żÕ

DNF at 43% read You've seen the move, now read the book. Which is what I did and I don't think that was a good idea. The book jumps right into the story and you get introduced to people as they come ... Š\┼¬Ą¹Įūź■żÕ 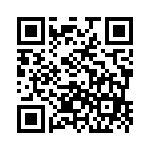