Andrew Langley was born in 1949 in Britain. He has dedicated his career to penning educational books that meet the needs of young readers. Langley's first books were primarily straightforward works designed to explain day-to-day facts; in his "Behind the Scenes" series, for example, he explores what goes on at various familiar locations, such as a hotel and police station. As his career has progressed, Langley has increasingly focused on the subject that most interests him - history. He has produced biographies of a broad range of people from history as well as historic overviews such as The Roman News, Medieval Life, Renaissance, and Ancient Egypt. 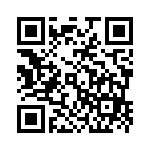