Review: Lord of the Flies

A dark book displaying man's inherent evil. My favourite part? The ending - last page - the moment they've let go of all inhibitions and are then "saved", but are they really? ĺ\Ň™ĶŻĹ◊•Ģ§Ś

Review: Lord of the Flies

Again, i had to read this book for school. At first i wasn't a whole lot into the book, with Ralph and Piggy being more of a sense predictable, but as the book went closer and closer to the end i ... ĺ\Ň™ĶŻĹ◊•Ģ§Ś

William Golding was born in Cornwall, England on September 19, 1911. Although educated to be a scientist at the request of his father, he developed an interest in literature. At Oxford University, he studied natural science for two years and then transferred to a program for English literature and philosophy. He eventually became a schoolmaster at Bishop Wordsworth's School in Salisbury. During World War II, he joined the Royal Navy and was involved in the sinking of the German battleship Bismarck. After the war, he returned to Bishop Wordsworth's School and taught there until 1962. His first novel, Lord of the Flies, was published in 1954 and was made into a film in 1963. His other novels include The Inheritors, Free Fall, The Spire, The Pyramid, The Paper Men, Close Quarters, and Fire down Below. He won the Booker Prize for Rites of Passage in 1980 and the Nobel Prize for Literature in 1983. He also wrote plays, essays, and short stories. He was knighted by Queen Elizabeth II in 1988. He died on June 19, 1993. 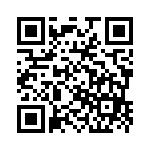