Source: Library (OverDrive Audio) This one is hard for me to rate, and review. While I enjoyed the story I never really felt anything. I love when you get drawn into the pages, and become part of the ... ĺ\Ň™ĶŻĹ◊•Ģ§Ś

This is the first time that I actually thought the movie version was better than the book. The movie grew out believable relationships and experiences that I discovered were not even present in the ... ĺ\Ň™ĶŻĹ◊•Ģ§Ś 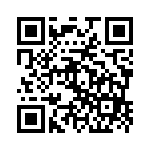