Karen Beckwith is the Flora Stone Mather Professor in the Department of Political Science at Case Western Reserve University. She is co-editor of Women's Movements Facing the Reconfigured State (with Lee Ann Banaszak and Dieter Rucht; Cambridge University Press, 2003), and has published articles on women, gender and politics in the European Journal of Political Research, Politics and Society, Signs, and several other journals. She is founding editor, with Lisa Baldez, of Politics and Gender, the journal of the Women and Politics Research Section of the American Political Science Association.

Lisa Baldez is Associate Professor in the Government and Latin American, Latino, and Caribbean Studies Departments at Dartmouth College. She is founding editor, with Karen Beckwith, of Politics and Gender, the journal of the Women and Political Research Section of the American Political Science Association. She is author of Why Women Protest: Women's Movements in Chile (Cambridge University Press, 2002) and numerous journal articles. 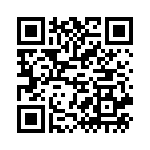