THE LANGUAGE POLICE: How Pressure Groups Restrict What Students Learn

Johnny and Janie can't read, can't find the Pacific on a map, can't even think°Xall thanks to official censorship that "represents a systemic breakdown of our ability to educate the next generation ... æ\≈™µ˚Ω◊•˛§Â

Diane Ravitch is a historian of education and Research Professor of Education at New York University and Nonresident Senior Fellow at the Brookings Institution in Washington, D.C. She was assistant secretary in charge of research in the U.S. Department of Education in the administration of President George H. W. Bush and was appointed to the National Assessment Governing Board by President Bill Clinton. The author of seven previous books on education, including the critically acclaimed Left Back: A Century of Battles Over School Reform, she lives in Brooklyn, New York. 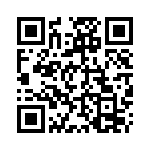