Firehose delivery of German Thought . Comprehensive, but just a handful of sentences for each of the hundreds of personalities, discoveries and philosophies. Breathless and unpleasant journey. Nothing at all like his "Age of Nothing" Š\┼¬Ą¹Įūź■żÕ

I would change the name to "The German Smart Guys." Men from the past 250 years getting anywhere from a paragraph to five pages each in the 900 plus pages that Watson has handed us. Literature ... Š\┼¬Ą¹Įūź■żÕ

Peter Watson has been a senior editor at the London Sunday Times, a New York correspondent of the London Times, a columnist for the London Observer, and a contributor to the New York Times. He has published three exposÉs on the world of art and antiquities, and is the author of several books of cultural and intellectual history. From 1997 to 2007 he was a research associate at the McDonald Institute for Archaeological Research at the University of Cambridge. He lives in London. 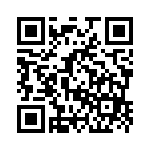