Granny Torelli Makes Soup by Sharon Creech is a hilarious book that will make you want Granny Torrelli to be a part of your family. Not only does she know how to make some delicious meals, but her ... ĺ\Ň™ĶŻĹ◊•Ģ§Ś

Granny Torrelli makes soup is a cute story about a girl who's having trouble with her best friend and tells her granny about everything over a nice bowl of soup. ĺ\Ň™ĶŻĹ◊•Ģ§Ś

Sharon Creech was on born July 29, 1945 in South Euclid, Ohio, a suburb of Cleveland. She was in college when she took literature and writing courses and became intrigued by story-telling. Later, she was a teacher (high school English and writing) in England and in Switzerland. Her novel Walk Two Moons received in 1995 Newbery Medal; The Wanderer was a 2001 Newbery Honor book and Ruby Holler received the 2002 Carnegie Medal. In 2007, Heartbeat was a finalist in the Junior Division (4th to 6th grades) of the Young Reader's Choice Awards, sponsored by the Pacific Northwest Library Association. She has written over 15 fiction novels for young readers. She is married to Lyle Rigg, who is the headmaster of The Pennington School in Pennington, New Jersey, and have two grown children, Rob and Karin.

Chris Raschka was born in Huntingdon, Pennsylvania on March 6, 1959. He received a B.A. from St. Olaf College in 1981. Before becoming a full-time author, he was an art teacher in St. Croix, Virgin Islands and a freelance artist, cartoonist, and editorial illustrator. He is an author and illustrator of children's books including Yo! Yes?, Charlie Parker Played Be Bop, and Mysterious Thelonious. Hello, Goodbye Window won the Caldecott Medal in 2006 and A Ball for Daisy won the Caldecott Medal in 2012. 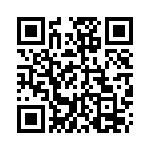