Jung Chang is the author of the award-winning Wild Swans. Jon Halliday is a former Senior Visiting Research Fellow at King's College, University of London. He has written or edited eight previous books. 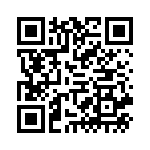