By all counts a massive work, on the persons who ran and are running the Chinese state. The author seems to have personally met and discussed with most of them, and is thus able to get under the ... æ\≈™µ˚Ω◊•˛§Â

The author or editor of over 25 books, Dr. Kuhn is often in the media (e.g., CNBC, Euronews, BBC, BusinessWeek, Xinhua News Agency), discussing China°¶s politics and economy and the philosophies and policies of its senior leaders. He is senior international affairs commentator on Euronews, the leading television news network in Europe, and senior international commentator of China Central Television (CCTV News).

Dr. Kuhn works with China°¶s leaders on special projects. He is the author of The Man Who Changed China: The Life and Legacy of Jiang Zemin°Xthe first biography of a living Chinese leader published in China and China°¶s best-selling book of 2005. He is the author of two event-marking books: China 30 Years: A Great Transformation Of Society, which commemorates China°¶s 30th anniversary of reform and opening up and features President Hu Jintao; and How China°¶s Leaders Think (the first edition of this book), which commemorates China°¶s 60th anniversary and focuses on China°¶s new (°ßFifth°®) generation of leaders. Dr. Kuhn has visited more than 40 cities in over 20 provinces and regions in China. He is senior advisor to CCTV and Xinhua.

Dr. Kuhn is chairman of The Kuhn Foundation, which produces Closer To Truth, the public television / PBS series on science and philosophy (which Dr. Kuhn hosts)°Xwww.closertotruth.com. He has an A.B. in human biology (John Hopkins), a Ph.D. in anatomy / brain research (UCLA) and an S.M. in management (MIT). 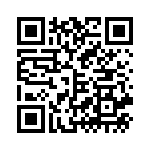