Gift for grandson, how could I go wrong? Excellent price, fast delivery. 閱讀評論全文

Harry Potter and the Goblet of Fire Hardcover

It came in new condition and in good time. The price was right. 閱讀評論全文 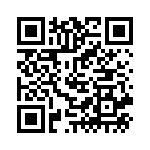