≤ƒ 213 ≠∂
This fact should be clearly stated here and his analysis of trial cases better nuanced considering this important factor . Berco does mention , to a certain degree , other types of homosexual relations in Chapter 2 , °ß The Breadth of ...
≤ƒ 255 ≠∂
More than 100 graphs , charts and maps serve as an important aid to understand the narrative . One topic which could be addressed in the next edition , even in a cursory manner , are SpanishGerman relations .
≤ƒ 45 ≠∂
... theorist , labor organizer and political agitator often remembered as his generation's philosophical mentor or as a poet , rather than as an important contributor to Portuguese intellectual history in his own right . 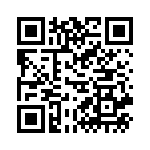