Zora Neale Hurston was born in 1901 in Eatonville, Fla. She left home at the age of 17, finished high school in Baltimore, and went on to study at Howard University, Barnard College, and Columbia University before becoming one of the most prolific writers in the Harlem Renaissance. Her works included novels, essays, plays, and studies in folklore and anthropology. Her most productive years were the 1930s and early 1940s. It was during those years that she wrote her autobiography Dust Tracks on a Road, worked with the Federal Writers Project in Florida, received a Guggenheim fellowship, and wrote four novels. She is most remembered for her novel Their Eyes Were Watching God, published in 1937. In 2018, her previously unpublished work, Barracoon: The Story of the Last Black Cargo, was published. She died penniless and in obscurity in 1960 and was buried in an unmarked grave. In 1973, her grave was rediscovered and marked and her novels and autobiography have since been reprinted. 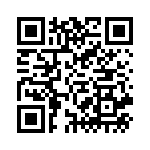