I don't read much YA fiction, but my 12 year old son is much more likely to read if someone is reading the same book with him so he has someone to discuss it with. So I told him I'd read this series ... ĺ\Ň™ĶŻĹ◊•Ģ§Ś

I finally read this. I'm okay with it. I thought the character development was better than some, and I enjoyed the Chicago setting. But I just couldn't buy the concept. ĺ\Ň™ĶŻĹ◊•Ģ§Ś 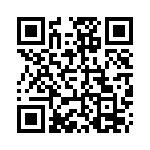