Michael Woodiwiss is a senior lecturer in the School of History, Faculty of Humanities, at the University of the West of England, in Bristol. 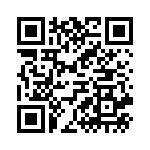