▓─ 269 ŁČ
It is written as an instrument for political activists to spread the idea of active
resistance against the highly uneven distribution of land all over Latin America .
For this purpose , the information of the book can be complemented by an
audiovisual ...
▓─ 24 ŁČ
For his children , João Fernandes established the Morgado do Grijó , consisting
of a full inventory of land and other assets he owned including houses , farms ,
cattle , and horses . According to Santos : Ī¦ In former times , noble men , who
used ...
▓─ 114 ŁČ
Klaver , Jeanine ( 1997 ) : From the Land of the Sun to the City of Los Angeles :
The Migration Process of Zapotec Indians from Oaxaca , Mexico to Los Angeles ,
California . ( Netherlands Geographical Studies , 228 ) . Utrecht / Amsterdam ... 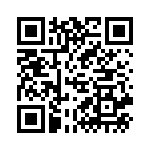