Insightful and timeless. I didn't realise until halfway through that this was written a century ago. Makes good points about the problems with democracy and limits to informed decision making. ľ\ĹŞµű˝×Ąţ¤ĺ 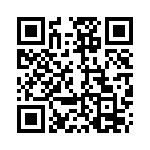