College professors are preoccupied constantly with getting Tenure. In order to get tenured and for salary promotions, they are required to publish. Their reading audience is other academics. As a ... ĺ\Ň™ĶŻĹ◊•Ģ§Ś

From bomba to hip-hop: Puerto Rican culture and Latino identity

Flores (black and Puerto Rican studies, Hunter Coll.; sociology, CUNY Graduate Ctr.) has written widely on Latino and Puerto Rican culture. In this new book, he focuses on the progression of Puerto ... ĺ\Ň™ĶŻĹ◊•Ģ§Ś

Juan Flores is professor of Black and Puerto Rican studies at Hunter College and professor of sociology at the CUNY Graduate Center, and has written and lectured widely on the subject of Puerto Rican and Latino culture. His publications include Divided Borders: Essays on Puerto Rican Culture and La venganza de Cortijo y otros ensayos. 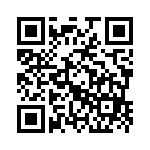