Louis Sachar is the author of the international bestseller and award-winning Holes, which was made into a film in 2003. All of Louis's books for children have been published in the UK by Bloomsbury. These also include Small Steps, Stanley Yelnats' Survival Guide to Camp Green Lake, Dogs Don't Tell Jokes, There's a Boy in the Girls' Bathroom, Someday Angeline, and the Marvin Redpost series and Wayside School books. Louis Sachar lives in Austin, Texas, with his wife, daughter and two dogs.Aleksei Bitskoff was born in Estonia and graduated with a master's in Illustration from Camberwell College of Arts, London, in 2010. His influences include Russian illustrators and animators, as well as Tove Jansson and the Moomintrolls. Aleksei lives in London with his wife and their two children. 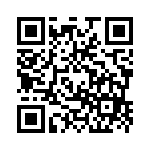