Dr A. R. Lansdown trained originally as a chemist, and received his first degree at University College, Cardiff, and his doctorate at Cambridge. From Cambridge he went to Canada as a National Research Council Post-Doctorate Fellow.

In Canada he became interested in the petroleum industry and in 1956 joined the Production Research and Technical Service Laboratory of Imperial Oil Limited in Calgary. Here he became involved for the first time in the application of chemistry to various aspects of engineering, especially the flow of fluids through the rock formations of petroleum reservoirs.

In 1961 he returned to Britain to join the Ministry of Aviation, with responsibilities for aircraft lubricants as well as hydraulic fluids and fuels. In this work he was able to combine his technical experience with his life-long interest in aviation. Like many other lubricant technologists at that time, he soon realised that the purely chemical aspects of lubricant formulation and behaviour could not be divorced from the engineering aspects of lubrication, the realisation which was soon afterwards to lead to the concept of tribology as a unifying discipline.

His period in the Ministry of Aviation coincided with the intensive search for high-temperature lubricants and other products for use in supersonic aircraft, and he became particularly interested in synthetic and solid lubricants.

In 1968 he was appointed Manger, and subsequently Director, of the newly-formed Swansea Tribology Centre, and retained this post until his retirement in 1988. In addition to the management of the centre, he also carried out a wide variety of consultancy projects, including a number of plant failureinvestigations, and thee further involved him in analysing the engineering aspects of the failures. 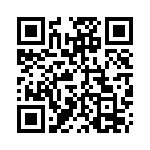