Matt Christopher was born August 16, 1917 in Bath, Pennsylvania. He had a variety of odd jobs before focusing full time on writing including playing shortstop for a Class C minor-league team in Smith Falls, Ontario. He also drove trucks and sold umbrellas and worked in a theater. Christopher finally began his writing career in 1940, when he wrote a detective story that was accepted by Detective Box Magazine in 1943 His first children's book was The Lucky Baseball Bat, published in 1954, which was in print for 25 years. Christopher was the best-selling author of more than fifty sports books for young readers. He is best known for his sports novels for children as well as his many short stories and articles in numerous children's and adults' magazines. His later works include Dirt Bike Racer, The Spy on Third Base, and Skateboard Tough. Christopher wrote 78 books in all and over 250 magazine articles and short stories. Matt Christopher dies in 1997. 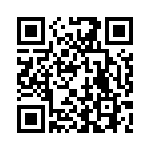