Of course, its not really an untold history. Its been told at least twice before - once by one of the participants, Amasa Delano, and a fictionalised version by Herman Melville, in his book Benito ... æ\≈™µ˚Ω◊•˛§Â

This will be a short review as I am currently deployed and the internet connection here is tenuous at best. This was a highly entertaining and informative volume; Grandin does an excellent job of ... æ\≈™µ˚Ω◊•˛§Â

Greg Grandin is the author of The End of the Myth, which won the Pulitzer Prize, and Fordlandia, a finalist for the Pulitzer Prize, the National Book Award, and the National Book Critics Circle Award. His widely acclaimed books also include The Last Colonial Massacre, Kissinger's Shadow, and The Empire of Necessity, which won the Bancroft and Beveridge awards in American history. He is Peter V. and C. Van Woodward Professor of History at Yale University. 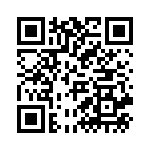