A girl looking for a family has trouble not running from her foster homes, until she finds a family in which she feels she belongs. But even then she ends up running, but this time to keep them happy ... Š\┼¬Ą¹Įūź■żÕ

This story is told beautifully. Hollis, is a 12 year old foster child, who struggles with connecting and trust as she bounces from house to house. The story is told in a back and forth between chapters linking Hollis's life before and in the present. Š\┼¬Ą¹Įūź■żÕ

Patricia Reilly Giff was born in Brooklyn, New York on April 26, 1935. She knew she wanted to be a writer, even as a little girl. She received a Bachelor's of Arts in Education from Marymount College, a Master's of Arts from St. John's University, and a Professional Diploma in Reading and a Doctorate of Humane Letters from Hofstra University. After she graduated from college, she taught in the public schools in New York City until 1960 and then in the public schools in Elmont, New York from 1964 until 1971. She then became a reading consultant before finally, at the age of 40, deciding to write a book. She also worked as an educational consultant for Dell Yearling and Young Yearling Books and as an advisor and instructor to aspiring writers. She is the author of more than 60 children's books, as well as a member of the Society of Children's Book Writers. Together with her husband, Giff opened "The Dinosaur's Paw," a children's bookstore named after one of her own stories. She is the author of the Polk Street School books. Lily's Crossing, about the homefront during World War II, was named a Newberry Honor Book by the American Library Association as well as an ALA Notable Book for Children. The novel also won the Boston Globe-Horn Book Award Honor. Pictures of Hollis Woods was also named a Newberry Honor Book and Nory Ryan's Song was named an ALA Best Book for Young Adults. 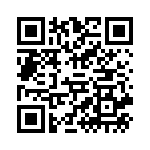