The Man with the Compound Eyes by Wu Ming-Yi is a recommended novel that weaves magic realism into a novel with an environmental message. Originally published in Taiwan, the narrative of The Man with ... æ\≈™µ˚Ω◊•˛§Â

The Man with the Compound Eyes

On Wayo-Wayo, an uncharted, floating Pacific Island, second sons are destined to canoe into the sea, to die. Such is the fate of gifted son Atile'i, but as death approaches, he lands on an immense ... æ\≈™µ˚Ω◊•˛§Â

Wu Ming-Yi was born in 1971 in Taiwan, where he still lives. A writer, artist, professor, and environmental activist, he has been teaching literature and creative writing at National Dong Hwa University since 2000 and is now a professor in the Department of Chinese. Wu is the author of two books of nature writing, the second of which, The Way of Butterflies, was awarded the China Times Open Book Award in 2003. His debut novel, Routes in the Dream, was named one of the ten best Chinese-language novels of the year by Asian Weekly magazine. The Man with the Compound Eyes is his first book to be translated into English. 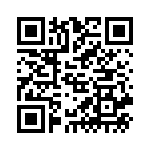