Insightful and timeless. I didn't realise until halfway through that this was written a century ago. Makes good points about the problems with democracy and limits to informed decision making. ĺ\Ň™ĶŻĹ◊•Ģ§Ś

Walter Lippmann (1889-1974) was the author of many books on political thought and was widely considered America's most distinguished syndicated columnist. In addition to being awarded the Presidential Medal of Freedom, he won two Pulitzer Prizes for his newspaper column "Today and Tomorrow," which appeared in the New YorkHerald Tribune. 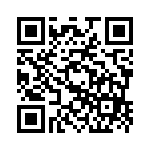