This book really shows how many of our modern inventions have actually been around for centuries. The evidence presented in this book makes a reader rethink how technology has developed. 閱讀評論全文 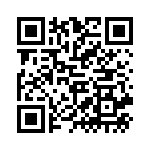