Arthur Howard is the illustrator of Cynthia Rylant's Mr. Putter and Tabby series, as well as his own picture books. He has also co-authored and illustrated many books of humor for adults and appeared for seven seasons in the PBS math-oriented production Square One Television. He has collaborated with Margery Cuyler on the previous Jessica Worries books. Arthur Howard lives in New York City. 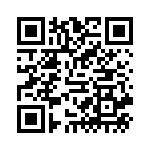