Louis Masur is professor of history at the City College of the City University of New York and the editor of Reviews in American History. 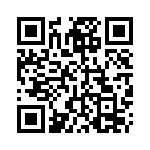