▓─ 38 ¡Â - ... from the Zagros Mountains in the east to the Atlantic Ocean in the west, and from the Mediterranean shores and the Anatolian hills in the north to the Indian Ocean, the sources of the Nile, and the Great Desert in the south.
ÑX▓{ªb 17 «Ð─yññíA«╔Âí¢d│‗íG1929-2007

JAMES S. OLSON is Professor of History at Sam Houston State University. He is the author of many books, including The Indians of Central and South America: An Ethnohistorical Dictionary (Greenwood, 1991) and Dictionary of United States Economic History (Greenwood, 1992). 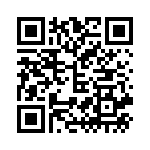