Susan Chan Egan is an independent scholar based in Santa Barbara, California. She is the author of A Latterday Confucian: Reminiscences of William Hung (1893-1980) and cotranslator of Wang Anyi's The Song of Everlasting Sorrow: A Novel of Shanghai.Chih-p'ing Chou is professor of East Asian studies at Princeton University. 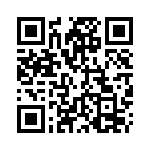