▓─ 72 ¡Â
Food becomes a strong ethnic marker and a means for the preservation of
distinct ethnicities , but it also turns into a transethnic commodity , since Lenny
Schneider , for example , frequents Chinese , Italian , Russian , and many other
ethnic ...
▓─ 122 ¡Â
As in Bloody Waters , she depends on Barbara Perez for the boat passage . But
this time Lupe herself becomes the knife - wielding , blood - spattered íº wild
woman , í¿ when she kills one of the corrupt art dealers by plunging a carpet knife
into ...
▓─ 177 ¡Â
Their personal identity , which is constantly being negotiated , constantly being
challenged , is , then , the biggest mystery of all , and cracking that mystery
becomes the most intriguing aspect of the novels . Let ' s look at Walter Mosley ' s
sleuth ... 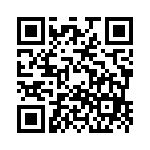