Loser by Jerry Spinelli focuses on Donald Zinkoff and his travels through school. We learn to love him and root for him; hoping things will go his way. Even when they donĪ”t his kindness and positive ... Š\┼¬Ą¹Įūź■żÕ

I was absolutely enamored by the character of Donald Zinkoff. The only words that I can use to truly describe this kid are eclectic and passionate. I feel that far too many middle readers advocate for ... Š\┼¬Ą¹Įūź■żÕ 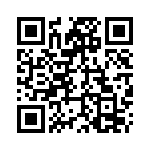