Can you imagine working on a mystery that even the FBI can°¶t solve? In Chasing Vermeer, Petra Andalee finds a book about odd occurrences that completely captures her interest and makes her start ... ĺ\Ň™ĶŻĹ◊•Ģ§Ś

Calder Pillay enjoys puzzles and is fascinated with pentominoes. Petra Andalee aspires to be a writer. They are classmates in Ms. Hussy's 6th grade class. They are not really friends, but become good ... ĺ\Ň™ĶŻĹ◊•Ģ§Ś

Brett Helquist was born in Ganado, Arizona, and grew up in Orem, Utah. He entered Brigham Young University as an engineering major, but soon realized this was not the right choice for him. Having decided to take time off from college, he headed to Taiwan where he stumbled into a job illustrating English textbooks, which he enjoyed. There, a friend introduced him to an illustration student, also from Brigham Young University. This introduction inspired Brett to eventually switch majors. After spending a year in Taiwan, he went back to BYU and transferred to the illustration department. In 1993 he received a fine arts degree in illustration.
Blue Balliett is the author of several bestselling, acclaimed mystery novels, including Hold Fast, Chasing Vermeer (a Book Sense Book of the Year and an Edgar Award winner), The Wright 3, The Calder Game, and The Danger Box. She writes in the laundry room of her home in Chicago, Illinois, and you can find her online at blueballiettbooks.com. 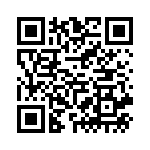