Sebastian Budgen is a member of the editorial board of the journal Historical Materialism and a coeditor (with Chiara Bonfiglioli) of La planete altermondialiste.

Stathis Kouvelakis teaches political theory at KingĪ”s College London. His books include Philosophy and Revolution: From Kant to Marx and Dictionnaire Marx Contemporain (coedited with J. Bidet). He is an editor of the French journal Contretemps.

Slavoj Žižek is Senior Researcher at the Institute for Social Studies in Ljubljana, Slovenia. His many books include Theology and the Political: The New Debate (coedited with Creston Davis and John Milbank), Cogito and the Unconscious, and Tarrying with the Negative: Kant, Hegel, and the Critique of Ideology, all also published by Duke University Press. 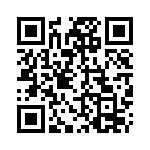