THERE'S A GIRL IN MY HAMMERLOCK

Eighth-grader Maisie Potter's motives for going out for wrestling are mixed: though she was designated last year's best athlete, she hasn't made the cheerleading squad; and ninth-grader Eric, whom she ... æ\≈™µ˚Ω◊•˛§Â 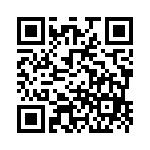