This is a great beginning chapter book with colorful illustrations. I like to recommend this to boys who don't necessarily like reading or having difficulty with reading. ¥\┼¬Á¹¢ÎÑ■ñÕ

The last book in this version of the series. Two more books are expected to be released with the updated editions in 2014 and 2015. This is probably the least creative of the entire series and feels a ... ¥\┼¬Á¹¢ÎÑ■ñÕ

Dan Santat wrote and illustrated the graphic novel Sidekicks, and has also illustrated many acclaimed picture books, including The Guild of Geniuses and The Adventures of Beekle: The Unimaginary Friend, which won the Caldecott Medal. He lives in Alhambra, California, with his family. Visit his website at dantat.com.

When Dav Pilkey was a kid, he was diagnosed with ADHD and dyslexia. Dav was so disruptive in class that his teachers made him sit out in the hallway every day. Luckily, Dav loved to draw and make up stories. He spent his time in the hallway creating his own original comic books -- the very first adventures of Dog Man and Captain Underpants.

In college, Dav met a teacher who encouraged him to write and illustrate for kids. He took her advice and created his first book, World War Won, which won a national competition in 1986. Dav made many other books before being awarded the California Young Reader Medal for Dog Breath (1994) and the Caldecott Honor for The Paperboy (1996).

Dav's stories are semi-autobiographical and explore universal themes that celebrate friendship, empathy, and the triumph of the good-hearted.

When he is not making books for kids, Dav loves to kayak with his wife in the Pacific Northwest. 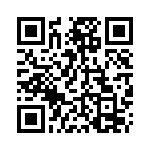