Sinfree Makoni is an Internationalist interested in contributing towards the development of alternative conceptualisations of language, society and culture in diverse contexts. He has held professional appointments in southern Africa. He currently teaches at Pennyslvania State University in the US. He is the co-author of Language in Aging in Multilingual Contexts (2005, Multilingual Matters), co-editor of Black Linguistics: language, society, and Politics in Africa and the Americas (2003, Routledge), Ageing in Africa: sociolinguistic and anthropological approaches (2002, Ashgate) Freedom and Discipline: essays in Applied Linguistics from southern Africa (Bahri-India (2001), Language and Institutions in Africa (1999, The Centre for Advanced Studies of African Societies, Cape Town). Improving Teaching and Learning in Higher Education (Wits University Press, 2000).
Alastair Pennycook is concerned with how we understand language in relation to globalization, colonial history, identity, popular culture and pedagogy. Publications have therefore focused on topics such as The cultural politics of English as an international language (Longman, 1994), English and the discourses of colonialism (Routledge, 1998), Critical applied linguistics: A critical introduction (Lawrence Erlbaum, 2001) and Global Englishes and transcultural flows (Routledge, in press). This current book on disinvention is the result of a sustained dialogue with Sinfree Makoni on language, politics and the world. Alastair is Professor of Language in Education at the University of Technology Sydney. 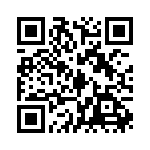