THE LOST SPY: An American in Stalin's Secret Service

Time magazine's former Moscow correspondent profiles an American who traveled the world gathering intelligence for the Soviet Union, until he was swept up in Stalin's purges. Meier (Black Earth: a ... æ\≈™µ˚Ω◊•˛§Â

The lost spy: an American in Stalin's secret service

Meier (Black Earth: A Journey Through Russia After the Fall) examines the life of an American citizen who became a believer in world revolution only to be ensnared in Stalin's worldwide spy ... æ\≈™µ˚Ω◊•˛§Â

Andrew Meier, the author of Black Earth: A Journey Through Russia After the Fall, is a recent Fellow at the New York Public Library°¶s Cullman Center for Scholars & Writers and currently a writer-in-residence at the New School University. He lives in New York City. 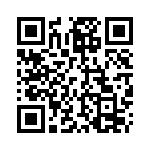