Ajit S. Bhalla is an economic consultant based in Geneva. He was formerly Fellow of Sidney Sussex College, University of Cambridge, and Special Adviser to the President of IDRC (Canada). He has held academic positions at Manchester, Oxford and Yale Universities. His fields of specialization include economic development, poverty alleviation, and globalization. Shufang Qiu is an Economic and Business Consultant based in Cambridge, UK. He has worked for the Chinese Government on economic reforms. His research interests include poverty alleviation, World Trade Organisation and economic transition in China. 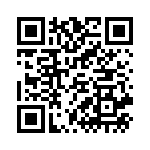