Ann-Marie E. Szymanski is Assistant Professor of Political Science at the University of Oklahoma. 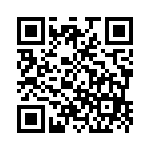